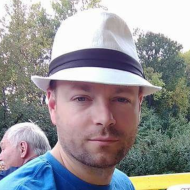 Matt is founder of the boutique consulting firm, Philosophy Consulting, and is currently a Director of Innovation at UnitedHealthcare. He has held previous "philosophy" roles in the fields of applied ontology (clinical informatics at Mayo Clinic), bioethics (ethical implications of genomic medicine also at Mayo Clinic), federal government policy and affairs (SSA), as well as serving as an adjunct instructor of philosophy.

For it is owing to their wonder that men both now begin and at first began to philosophize; they wondered originally at the obvious difficulties, then advanced little by little and stated difficulties about the greater matters, e.g. about the phenomena of the moon and those of the sun and of the stars, and about the genesis of the universe.