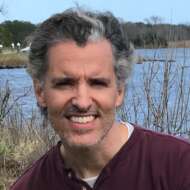 My background combines academic study, scholarship and teaching in ethics, political theory and public policy; public service focused on poverty and disadvantage; and religious education and spiritual exploration in diverse traditions and settings. Building on this, I help others gain new insights, new perspectives, new understandings – to help them bring philosophy to life - and in doing so, to discover new life. We can do this through philosophical counseling and consulting - whether you are an individual, group, or organization - and seek better answers or simply to ask larger questions.

I teach ethics and public policy at Brown University, and have taught at New York University, Western Washington University, and Johns Hopkins University.  Animating intellectual concerns have been the nature of ethical reflection, the relation of political theory to the practice of government, social justice issues inherent in public policy, and the classical conception of philosophy as a way of life.   I have a B.A. in philosophy from Macalester College, a Ph.D. in political theory from Johns Hopkins, and am APPA-certified in philosophical counseling.

In addition, in well over a decade of federal public service, I have addressed issues of poverty, economic security, disadvantage, and disability in the U.S., and advanced policy analysis and evaluation across government.  I have served as Senior Advisor in the White House under two administrations, as an APSA Congressional Fellow, as Director of Economic Support for Families in the Office of the Secretary at the U.S. Department of Health and Human Services, and in senior career positions at the Social Security Administration and at Health and Human Services.   My role has been to understand government and public policy, to frame issues and options, and to explain these understandings to leadership, stakeholders, and the public.

I also have spent years exploring spirituality, meditation, ritual, theology and religious traditions through participation in courses and retreats, and through teaching and leading discussions.  This has broadened my understanding of philosophy, uncovered valuable resources for reflection, and allowed dialogue with persons of diverse beliefs.  It also has allowed me to experiment with practices of philosophical reflection and ethical cultivation grounded in our nature as emotive, embodied, mortal beings – which I originally explored in my book, The Corporeal Turn.

“…a philosophical problem has the form: ‘I don’t know my way about.’”